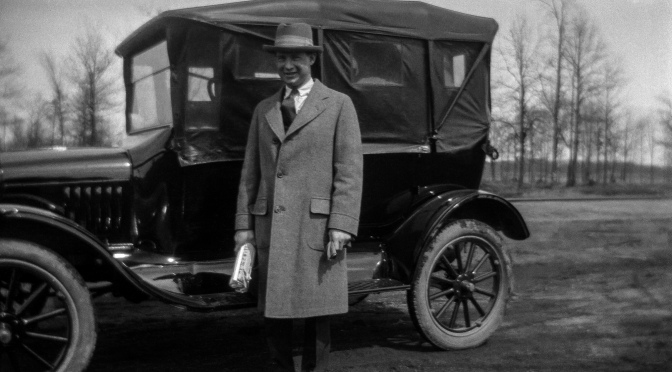 Carl F. Hanneman has that thrilled schoolboy look on his face in this vintage photograph from about 1925. And why not? It appears he is posing next to his new purchase: a Ford Model T, which came in any color a customer wanted “as long as it’s black.” Although there is no snow on the ground, the Ford is outfitted for inclement weather with a pretty nice canopy.

We don’t have any notes that went with this image, so we will have to surmise some things to gain the proper context. Based on Carl’s apparent age and his natty threads, it would be safe to assume if he indeed purchased this auto, it was after he landed his first post-graduation job at the Whitrock & Wolt pharmacy in Wisconsin Rapids. That event made front-page news in February 1925.

After Carl married his longtime sweetheart, Ruby V. Treutel, in July 1925, a Model T was visible in photos from their honeymoon near Hayward, Wisconsin. That does not appear to be the same automobile as the one pictured above and below. So some mystery remains surrounding Carl’s early vehicular habits. If only we could still ask him about it. 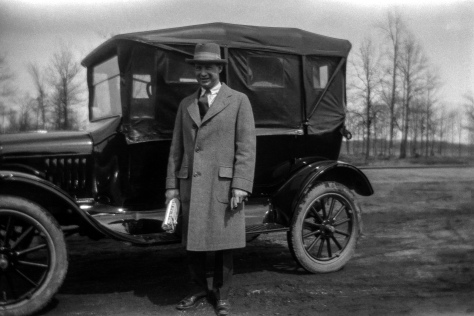