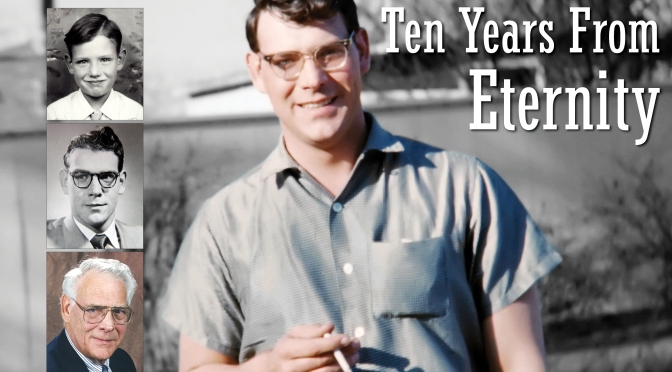 It hardly seems ten years could have passed since the night of April 14, 2007. How fortunate we were to be present to witness my father draw his last breath and step from the troubles and sicknesses of this world into eternity. Around 11:30 p.m. that night, Dad left us, just after we stood around his bed and prayed the Our Father and the Hail Mary. The world will never be the same.

For David D. Hanneman, that night was the end of his journey through life, through lung cancer, and pain. For everyone who knew him, it was the start of a new path, one without those silvery locks, that dulcet baritone or those big, strong hands that built and fixed so many things in this world. On that day, I learned a death is like a fork in the road. It changes everyone. The path forward is suddenly different. Those left behind feel an immense loss, even while comforted at the though their loved one has received the crown of righteousness from Our Blessed Lord, the just judge.

Over the past ten years, I lost track of the number of times I’ve thought, “I wonder what Dad would think of that?” or wondered what advice he might impart on issues in my life. I often ask him just those questions. But since 2007, the answers do not come so directly as a spoken word, a laugh or a hand on the shoulder. But with the ears tuned to heaven, the answers still come.

It has been a long ten years, Dad. We miss you more than ever.

August 1992 with grandson Stevie and sons David (left) and Joe. 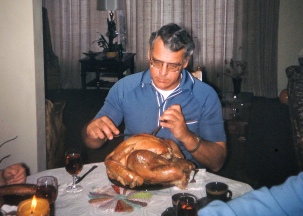 At his favorite station.

With mother Ruby Hanneman, circa 1943. 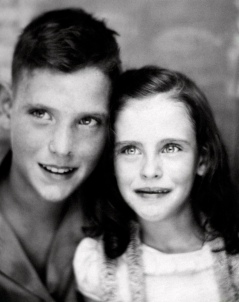 Dad with beloved sister Lavonne, circa 1944.

No. 72 for the Mauston Bluegold.

One of the photos he used in his real estate business.