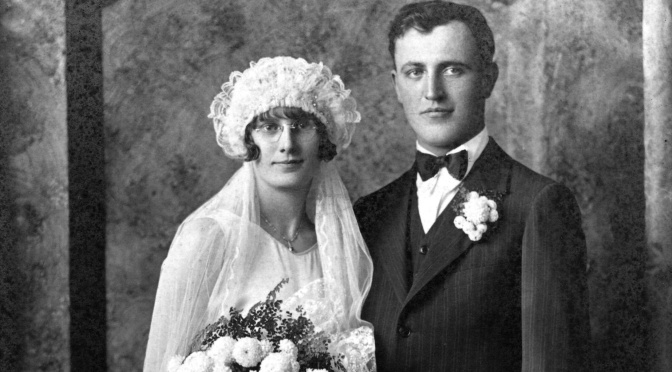 Esther Marie Albrecht was married to Emil Rudolph Gottschalk on November 12, 1930 in the Town of Hewitt in Wood County, Wisconsin. Esther was the maid of honor at the July 1925 wedding of Ruby V. Treutel and Carl F. Hanneman in Vesper, Wisconsin. Mr. and Mrs. Gottschalk moved to Waukesha, and had two daughters, Pearl and LaVon. They were longtime friends of the Hanneman family. She is the daughter of George and Pearl (Smith) Albrecht.

According to the 1930 and 1940 U.S. Census, Emil worked as a core maker in an iron foundry in Waukesha. Emil Gottschalk died on February 1, 1944 at just age 37. Mrs. Gottschalk operated Esther’s Food Store on Arcadian Avenue in Waukesha. In April 1946, she married Harold D. “Whitey” Buchs at St. Joseph’s Catholic Church in Waukesha. Esther died January 1, 1985 in Vesper. Harold died April 13, 2007 in Vesper. 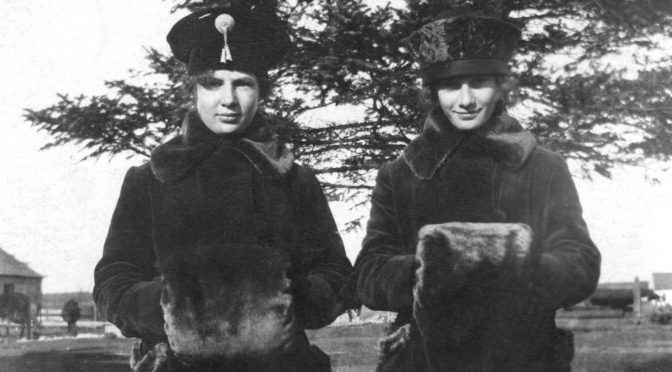 These young ladies look like they are dressed for a Siberian winter, although the location of this photograph is central Wisconsin. Sisters Lillian M. Albrecht (left) and Esther M. Albrecht are bundled with fur coats, hats and hand warmers. The photo was taken about 1920, probably at Vesper, Wisconsin, their home town.