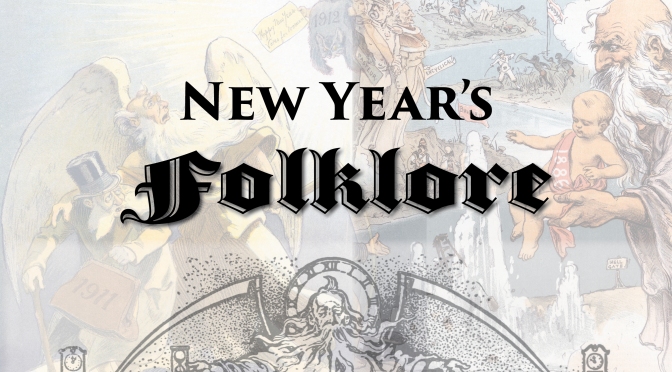 If you want a prosperous new year, make sure to eat some cabbage before going to bed on New Year’s Eve. And be careful not to sneeze.

Oh, and if the first man you meet on New Year’s Day is a priest, make sure your will is up to date, for death may soon follow.

Superstitions? Folklore? Exactly, but if you believe them, you’re not alone.

Humans have practiced and believed New Year’s superstitions for centuries, says a University of Wisconsin-Madison expert on folklore.

“Many of the things we celebrate have their origin in ancient practices,” said Harold Scheub, professor of African languages and literature. “There are hundreds of them. Some of them are really weird.”

For instance, Scheub said, it is believed a person who drops and breaks a light bulb on Christmas day will face financial ruin in the coming year. If a colored bulb is broken, a close relative will die, he said.

Sneezing on New Year’s is said to bring misfortune.

In many European countries, the first person to set foot in a home on New Year’s Day — dubbed the “first footer” — will determine what the new year will hold.

In Scotland, if the first footer is a redheaded man, the year will hold misfortune. A dark-haired man is preferable, Scheub said.

In years past, a lump of coal brought by a first footer was a good sign. “A lump of coal traditionally was something that was valued,” he said.

Many New Year’s superstitions and celebrations are rooted in the belief that the last week of the year is when spirits, fairies and witches roam the earth and the forces of nature can be influenced, he said.

“At midnight on New Year’s Eve, strange things will happen,” Scheub said, relating the folklore. “It is one of the most magic times of the year.

“These are times nature is going through great stress,” he said. “We human beings are trying to have an influence on it.”

The noisemakers that sound off at parties when the clock strikes 12 were traditionally used to frighten off the evil spirits of the old year, he said.

“Trying to undo the horrors we’ve committed in the past — this seems to be what New Year’s always was,” Scheub said.

It is also said that anyone who ventures into the pasture at midnight will hear the cattle speaking the names of people who will die in the new year, he said.

New Year’s has also been the time that wishes were made for good crops and pregnancy. On New Year’s Eve in Germany, young boys would cut fresh boughs from a tree and ritually “beat” young girls. On New Year’s Day, the girls would reciprocate. It was thought to increase fertility, Scheub said.

Even many Christmas traditions pre-date the time of Christ, according to Scheub.

The Christmas tree could have its origin in Norse countries, where people would place lighted candles in pine trees to keep the spirit of the forest alive until spring. Holiday candles could come from an old English tradition of extinguishing the hearth fire at New Year, then relighting the fires from a community bonfire.

“People all over the world practice these things in their own way,” Scheub said.

“All of these in one way or another are filled with hope,” he said. “We seem to need a period in our year when we say goodbye to the past.”

One last thing. If you wake up on January 1 with a splitting headache, what does that foretell for the New Year?

Have a little less to drink next year. ♦

– This article originally appeared on Page 1 of the December 31, 1988 issue of the Racine Journal Times. View the original newspaper pages.

Postscript: After a 43-year career, Scheub retired from the University of Wisconsin-Madison in 2013.

— The images in the illustration atop this post are from the Library of Congress collections.