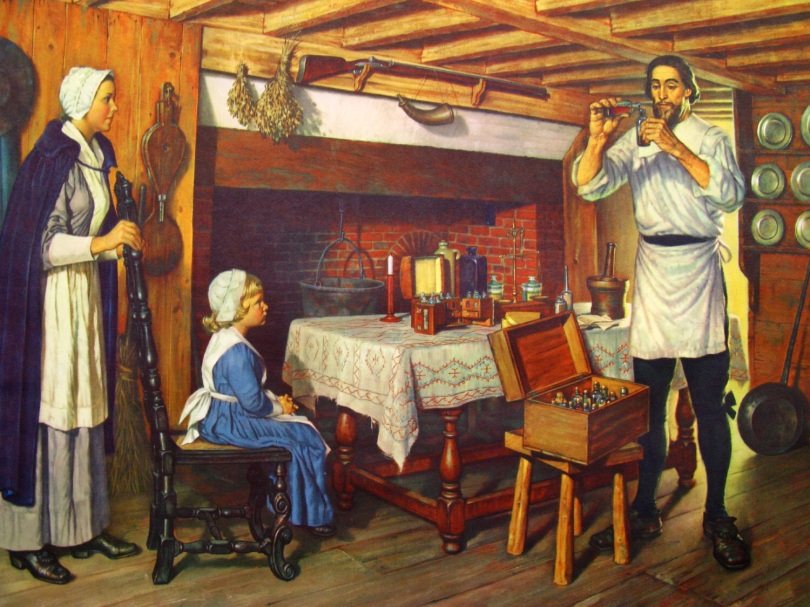 Many Europeans “of quality and wealth, particularly those who were non-conformists in religion” were attracted to the possibilities of the American Colonies. From Britain came John Winthrop, first Governor of Massachusetts Bay Colony and founder of Boston. Governor Winthrop, unable to induce professionals to the Colony, sought advice from English apothecaries and physicians, and added to his small store of imported drugs those derived from plants native to New England. In his home (about 1640), he made available as best he could the “art and mystery” of the apothecary for his citizens.