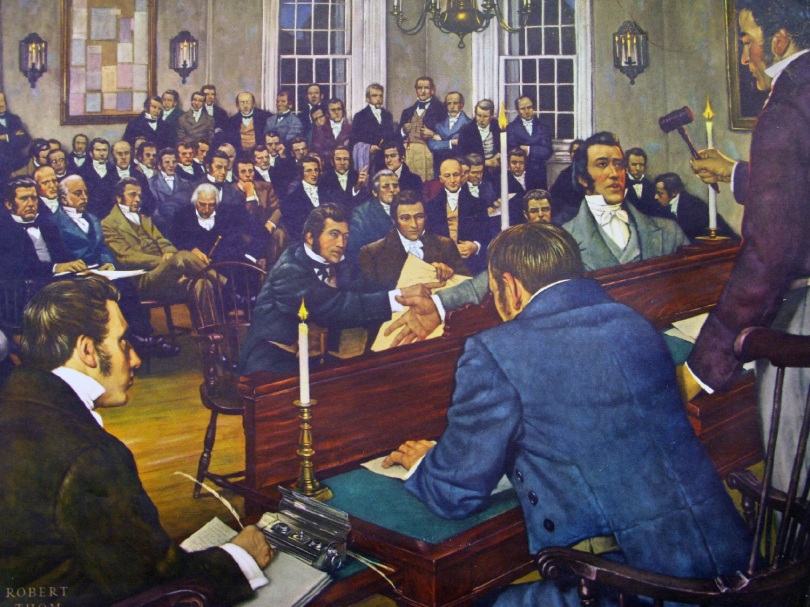 Faced with two major threats; deterioration of the practice of pharmacy, and a discriminatory classification by the University of Pennsylvania medical faculty, the pharmacists of Philadelphia held a tempestuous protest meeting in Carpenters’ Hall, February 23, 1821. At a second meeting, March 13, the pharmacists voted formation of: an association, which became The Philadelphia College of Pharmacy; a school of pharmacy; and a self-policing board. Sixty- eight pharmacists signed the Constitution of the first pharmaceutical association in the United States; American Pharmacy’s first educational institution, bearing the same name, opened November 9.