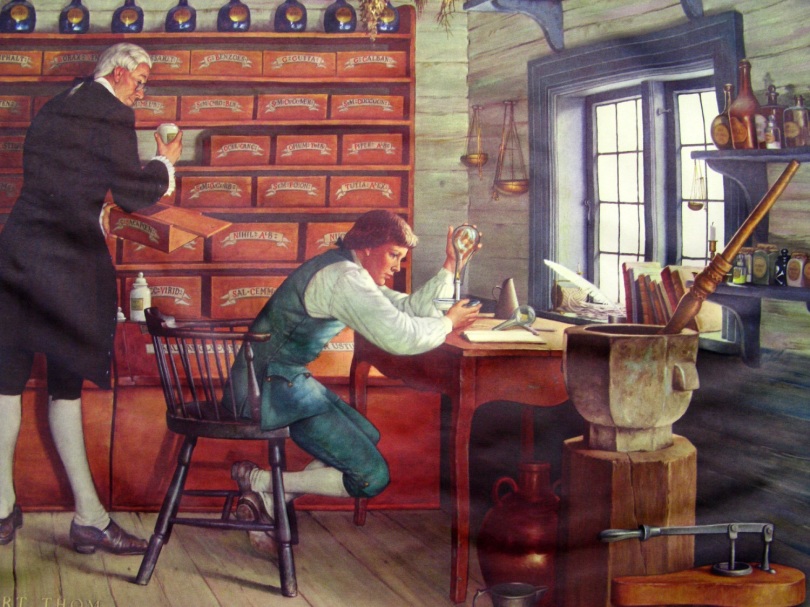 During his few short years, Carl Wilhelm Scheele gave to the world discoveries that have brought its people incalculable advantages. Yet he never forgot that he was, first of all, a pharmacist. Encouraged by enlightened preceptors, all of his discoveries were made in the Swedish pharmacists in which he worked, as apprentice, as clerk, and finally as owner, in Köping. He began in a corner of the stock room of Unicorn Apothecary in Gothenburg. With rare genius, he made thousands of experiments, discovered oxygen, chlorine, prussic acid, tartaric acid, tungsten, molybdenum, glycerin, nitroglycerin, and countless other organic compounds that enter into today’s daily life, industry, health, and comfort.