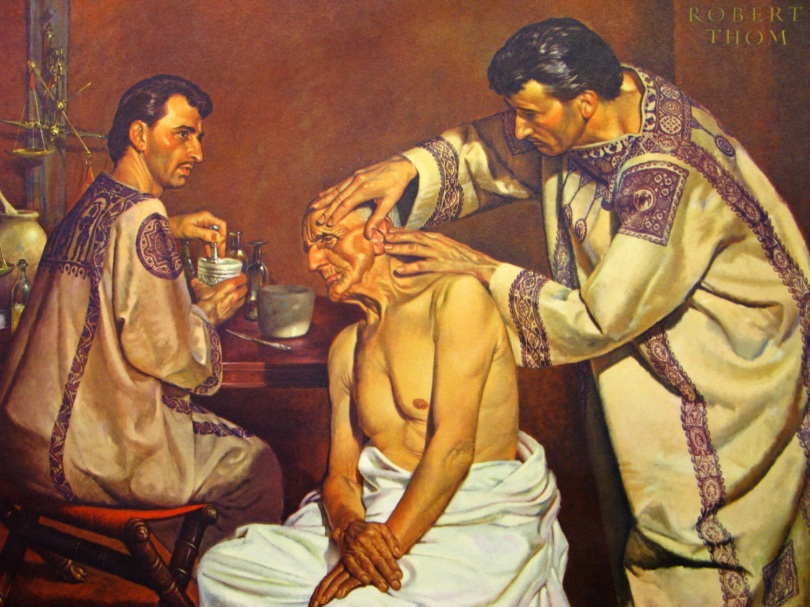 Twinship of the health professions, Pharmacy and Medicine, is nowhere more strikingly portrayed than by Damian, the apothecary, and Cosmas, the physician. Twin brothers of Arabian descent, and devout Christians, they offered the solace of religion as well as the benefit of their knowledge to the sick who visited them. Their twin careers were cut short in the year 303 by martyrdom. For centuries their tomb in the Syrian city of Cyprus was a shrine. Churches were built in their honor in Rome and other cities. After canonization, they became the patron saints of Pharmacy and Medicine, and many miracles were attributed to them.